If I’ll be honest, sometimes it sucks having to follow an eating program where you have to make most foods from scratch. It’s all about planning if you want to succeed, and I’ll admit that I can be a bit slack in the planning-department. I have all these good intentions, but I still sometimes wake up, not having a clue what to have for breakfast or lunch. There’s no way I can buy anything in the café at uni, because it’s all heavily laden with starch and sugar. I’m not a morning-person at the best of times. But Friday I really had to force my eyes open when my alarm clock rang because I was so exhausted after a long and hard week. I didn’t feel able to put two thoughts together until I had finished my ginormous jug of coffee with cream. I opened the fridge, and found nothing exciting. I didn’t feel like cooking anything, and there was my partner just popping two pieces of bread into the toaster, and his brekkie was ready. Oh, how tempted I was to do just that! But after half an hour of procrastinating and slowly waking up, I suddenly found a solution to both my lunch and brekkie-problem: Low carb waffles! Waffles are perfect, because you can just make a big batch and have several days in a row. (If you have the time to make them, of course) I decided not to do the 30 minute drive to uni, but have a day of home-study, so even though I had such a slow start I still ended up with a productive morning.

So, my advice to anyone, including myself, following a low carb way of living is: Planning, planning and planning! That way you’re not faced with making impossible decisions on mornings when you are walking around comatose and just wish you could sneak back into bed and pull the covers over your head. ..

The recipe that came to my rescue was by amazing blogger Cecilie from www.fristendelavkarbo.no, and her amazing pink baking-book by the same name (unfortunately not available in English - yet)

4 eggs4 dessertspoons of erythritol1 tub of full fat sour cream100 ml almond flour2 teaspoons baking powder2 dessertspoons psyllium huskCardamom and/or cinnamon after tasteLet the batter stand to swell for a few minutes before baking  in a waffle iron. The waffles get quite thin, but very tasty. Serve for example with blueberries on. Enjoy! (Makes 10-12 waffles) 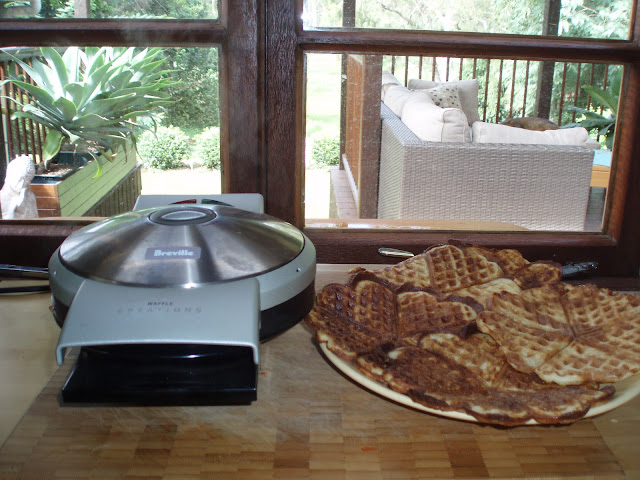 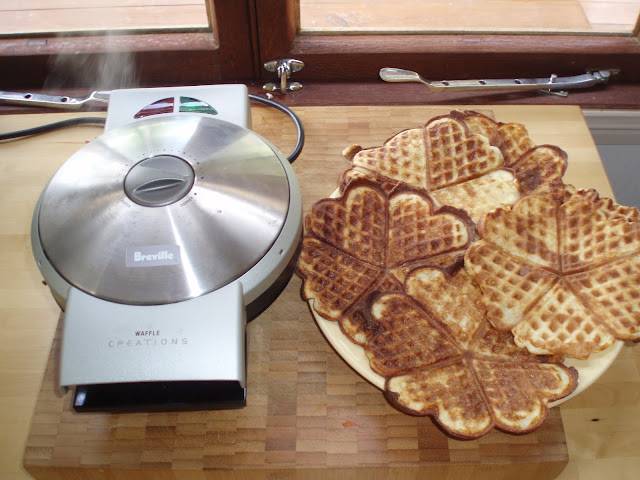